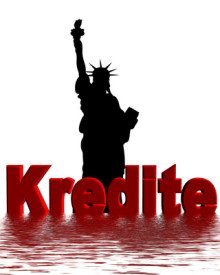 What the future will bring, I can only estimate how everybody else. I’m no bones about it, these are my remarks only observations, interpretations and findings by me or other people who also deal critically with the world.

In fact, a crash is coming, which already shows the history – the hundreds of paper currencies that are existed in the last centuries all sooner or later collapsed because everyone always the same error documents. It is therefore important to understand that a packed account is worth nothing if the dollar or the euro crashes – because then crash and all other currencies, since all countries in the world still hold a lot of dollars to hedge their own currency – around 75% of all money quantities in the world dollar reserves – the equivalent of the work done for which was paid for with these dollars – crashes so the American economy, this dollar holdings are worthless but their work still exists and is consumed (Auto’s, computers, food , etc.) at the expense of those who it could turn on the worthless dollar itself.

In what stage we are in right now, we can see that we need to save our private banks – and how do we do that if every state but is in debt? Properly we borrow it to give us these by the banks, including the banks can create money out of nothing to someone vouches for work through it – with States that are the citizens who vouch for the state. That’s why we pay, among other taxes, so that the interest burden on this debt can be paid at all – because the state can take money only on taxes, duties and charges – unless he would like the Bank also, itself create money and how the private banks bring debt in circulation – a result, all interest would be paid automatically the income for the state.

Each product bears final and last ~ 40% interest burden, this means that this 40% interest charges are applied for a loan, the de facto does not exist – bad is really just that the community can not participate in them but only individual – you could it also evil formulate with:

In order for the credit money system further work, now serious steps must be taken, these are also distinguished from just like the cash ban in the EU. The EU forbids therefore pay with legal tender – as I imagine no more questions where we are headed. But how could we do otherwise? What are the solutions? In my view, a very simple intervention would have to change the system massively, but this does not apply to citizens, but those who plunder us for decades. As I have already stated, the monetary system can pack into a formula, said „+10 -12 = 0“ …. I personally would the banks, the air money loans created to undertake the interest rate for this debt co-create the same (although the bank can thus provide less credit, but do business). The complete

Loan amount is then divided into credit and interest (eszins) where the credit goes to the borrower and the interest (eszins) to the state, which brings it about his expenses in circulation. Thus, this loan would be fully repaid, since the entire debt is outstanding, and it would not be a musical chairs.

You must decide for yourself what is important to you – I was certainly clear that we live in a system that favors that rob us, rob our work, rob our future and our children – why it is more important than each, which paved the way to the new age slaves (slaves interest) to stop at last! Help us to finally end this …

See you soon and good luck

Monetative – creation of money back in people’s hands

Who knows whom, and who had all at Goldman Sachs ~ 10 minutes

Do You Have Questions? Make this the best here on the blog! The author is a discussion you may have.